Our match report as Castleford Tigers’ Scholars were defeated by an unbeaten Wigan Warriors side 54 points to 26. 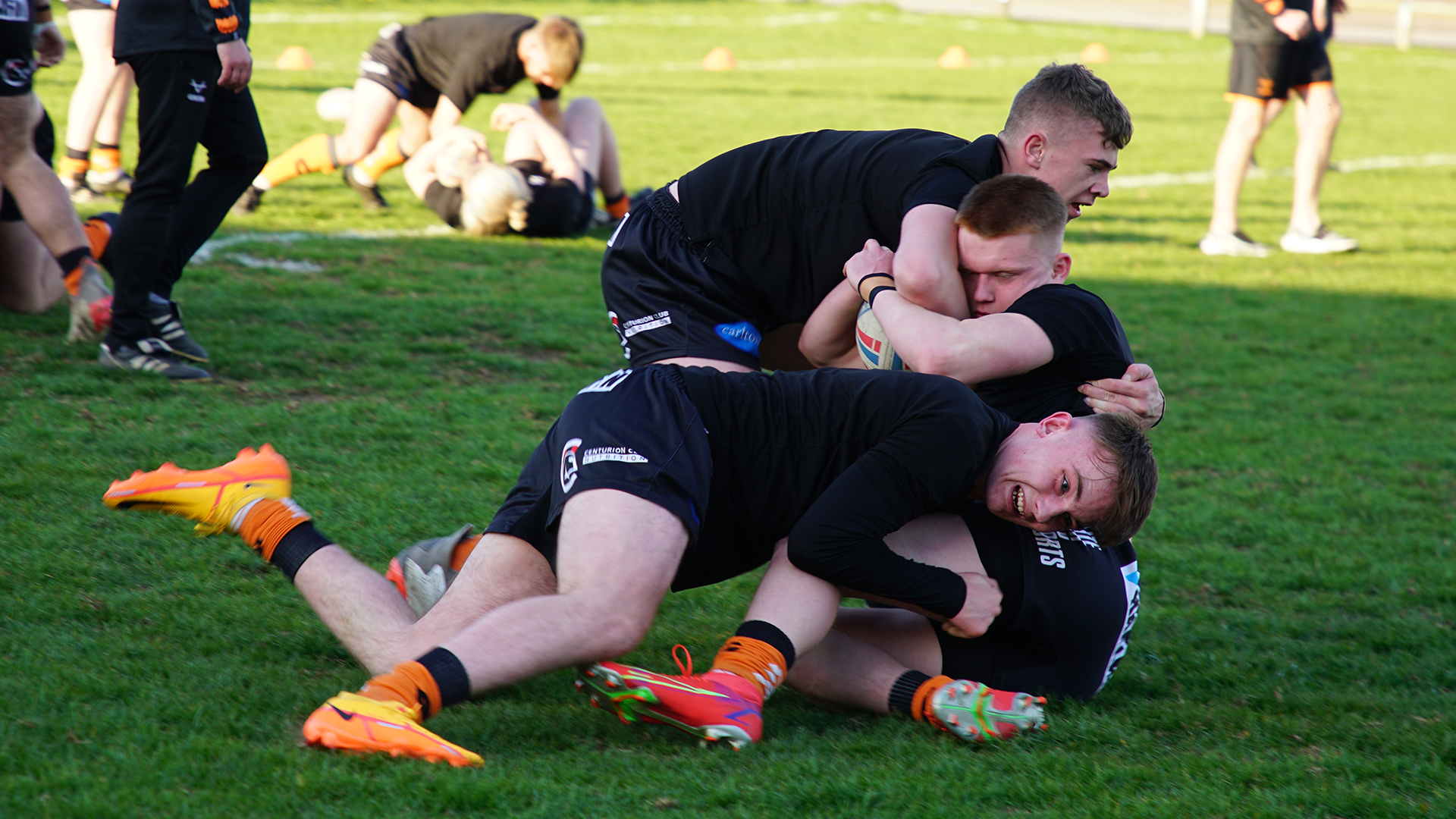 A great turnout down at Wheldon Road from both home and travelling supporters and they certainly caught plenty of tries. Early on, Wigan took full advantage of a Castleford knock on where they went over on the left and succeeded with the extra two points by Farrimond.

Warriors’ Farrimond was further involved in the next set five minutes later, and his delicate kick over the top of the Cas defence bounced kindly into the hands of Rathbone who glided over.

It was an almost identical third try to the second as Farrimond was at the helm with his kicking again and despite a brave tackle from Fletcher Rooney, the full-back couldn’t stop Tryer who powered his way over the line.

Castleford did make some ground going forward but Wigan continued to power through their sets and move up the field. Just before the halfway mark in the first half, Wigan prop McDermott spotted a gap in the Cas defence, ducking and diving under the sticks. Farrimond made no mistake in kicking the extras.

It was another fortunate bounce for Wigan that gifted them their fifth try of the evening. Farrimond again looped a ball over and Tyrer’s well timed run allowed him to gather the ball and put the ball down in the corner. An unsuccessful kick made the score 0-28.

Twenty-one minutes arrived and the Tigers got their first try on the board. Following back-to-back sets for an ill-disciplined Wigan, Hudson’s weaving run created space and the centre found the line. Wall gave the home side an extra two points.

Cas began to gain more of a foothold in the match and started to pen Wigan in their own half. A six-again call was given to the Fords and Docherty made full use of the Wigan error and drove through the defence to tighten the score to sixteen points after Hall’s successive kick.

Just as the Tigers were creeping back into the game, Wigan crashed through three back-to-back tries through Green, Yeomans and George who opened the gap up to a 12-44 lead to the Warriors at half-time.

A much improved second half display was needed for the Tigers and they delivered one. The home team began to dominate the ball and inside seven minutes, they reaped their rewards. Grice over on the left wing for Cas had plenty to do but stood strong and bulldozed his way over.

It took just three more minutes for Cas to extend their points tally and this time it was down the right, and an extra man proved costly for the Warriors as Atter dived over in the corner.

Wigan did respond at the other end through Kelly-Duffy who five minutes later was sin-binned for ten minutes. Hope was restored for the Tigers and a wonderfully dinked kick by Windley looked to be fumbled by Hawkhead but he excellently regathered the ball and shipped it to Hudson who went clear. Sayles added the extra two.

As the game was coming to a close, Wigan saw out the game with some class of their own through Hodkinson who dived over in the corner.

A spirited performance from the Tigers who showed real grit in the second and can come away proud of their performance.